A Book of Shadows

A Book of Shadows – Puppet Theatre

Not basket in which she squats , up-tossed

Into order, for Ariachne to spin fresh

Measured and mapped in glistening silver

In time, she will rowing return 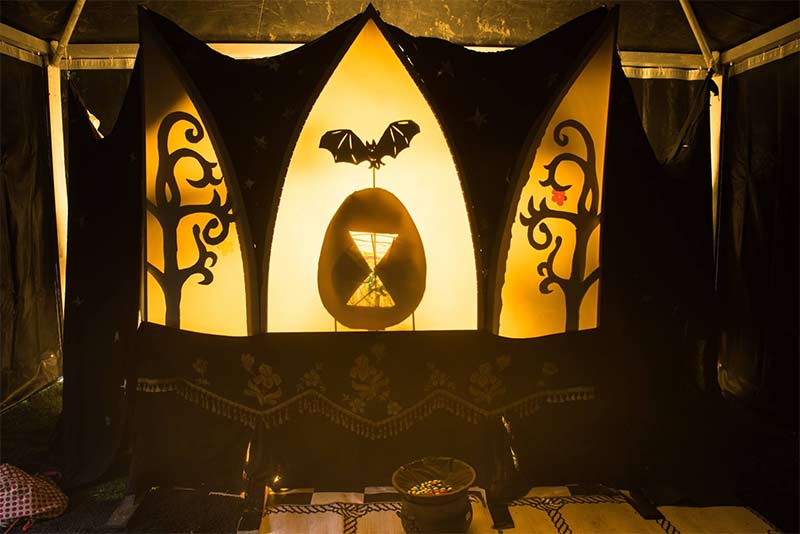 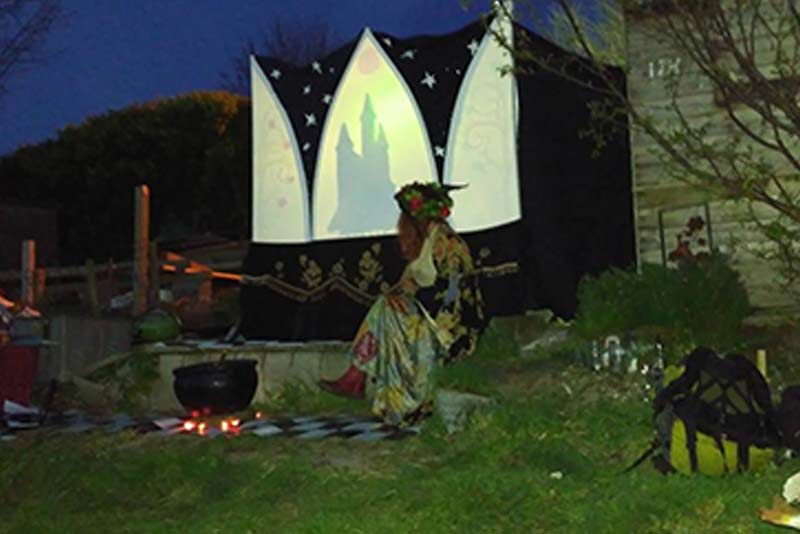 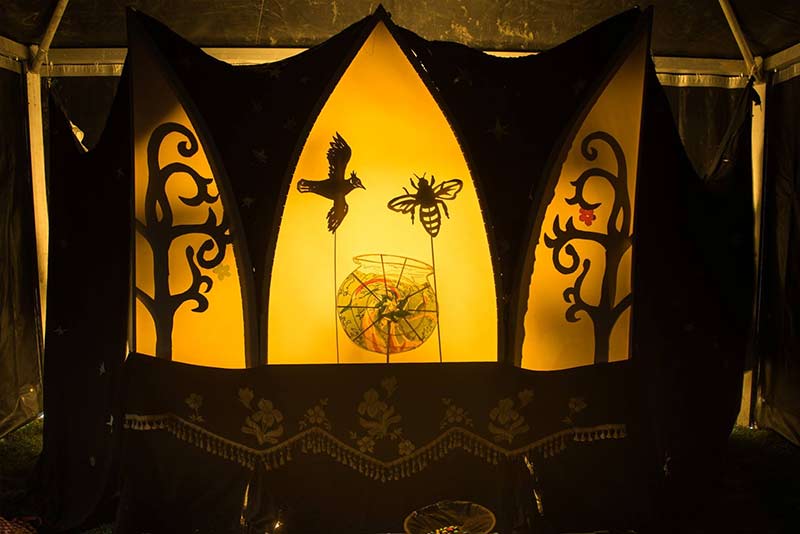 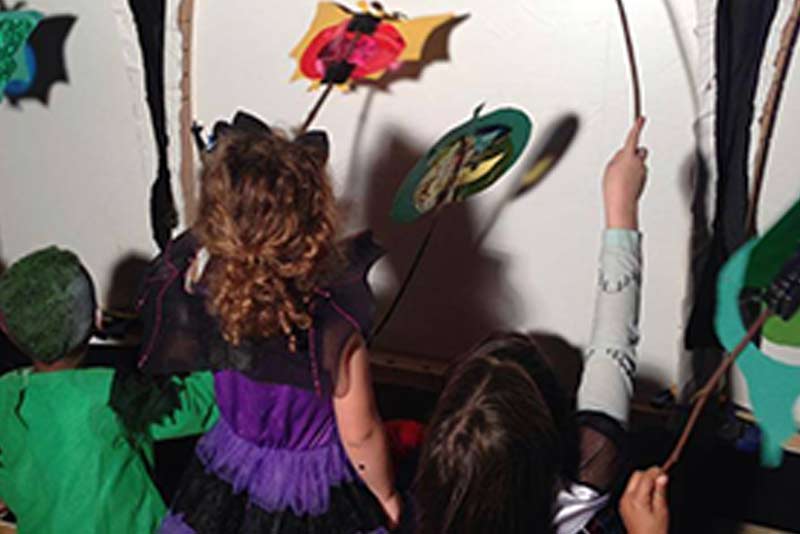 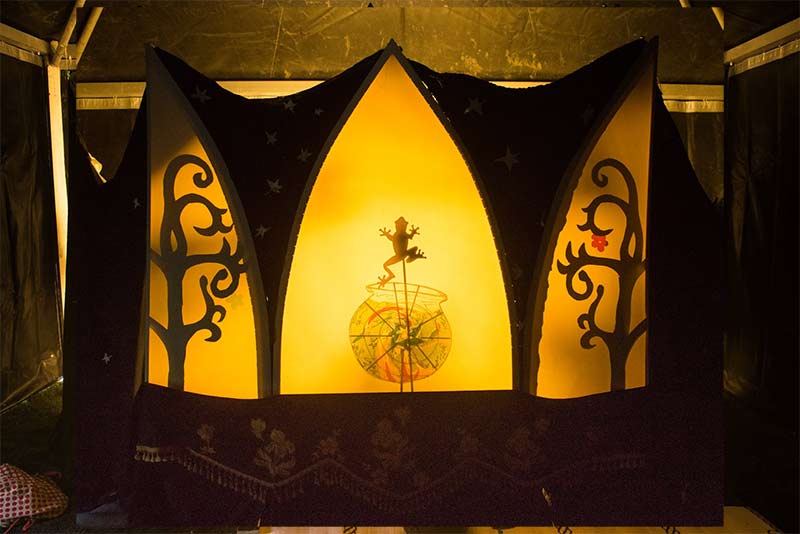 We are a Brighton based shadow-puppet troupe.

Shadow-puppetry is an incredibly magical art/performance method with strong traditions in Asia, where it fulfils a semi-religious function in communities. Areas of Eastern Europe also hold shadow-puppetry traditions and schools.

Our shows all focus largely upon the Crone, Atropos – the cutter of the thread. Her function is so essential, nothing can begin afresh until the old has been cut away and cleared. However our society has feared and sought to disempower and sideline this aspect of femininity.

Our last show – “Three Drops” was the Welsh tale of Cerridwen – “White Sow”, herself a Dark Goddess, and how her role was integral in teaching mankind, Merlin in this case, about Fate, Magic and Rebirth.

We also run shadow puppet workshops. My favourites are cross-age. Including from young children to the elderly. We often run age-specific workshops however and I am involved in plans for a puppet course for juniors to begin later this year.

We are all DBS checked and Public Liability insured and available for Fairs, Fetes, Festivals, private parties and all community events.

This website uses cookies to improve your experience while you navigate through the website. Out of these, the cookies that are categorized as necessary are stored on your browser as they are essential for the working of basic functionalities of the website. We also use third-party cookies that help us analyze and understand how you use this website. These cookies will be stored in your browser only with your consent. You also have the option to opt-out of these cookies. But opting out of some of these cookies may affect your browsing experience.
Necessary Always Enabled

Any cookies that may not be particularly necessary for the website to function and is used specifically to collect user personal data via analytics, ads, other embedded contents are termed as non-necessary cookies. It is mandatory to procure user consent prior to running these cookies on your website.